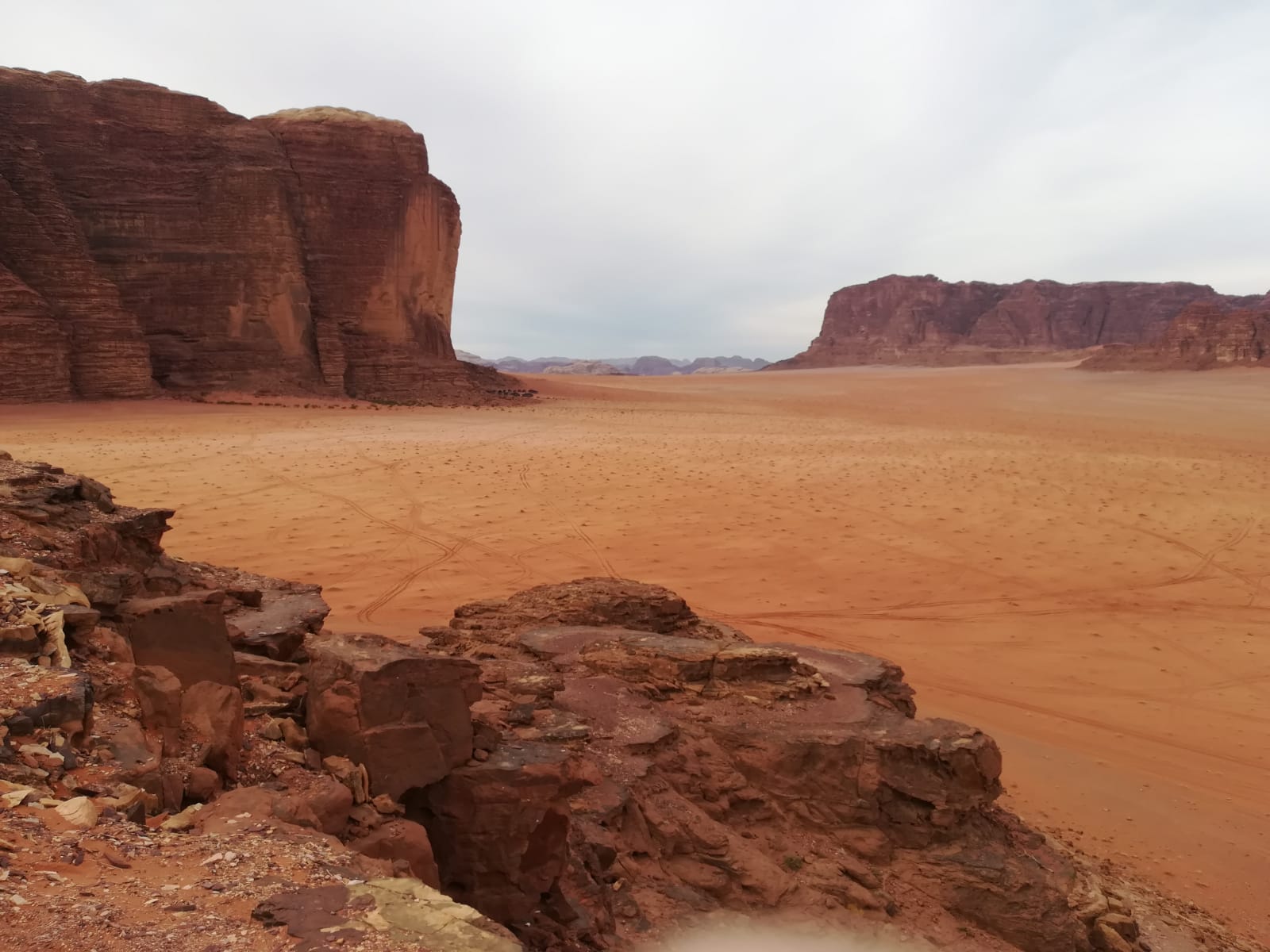 Located in Southern Jordan, the Wadi Rum Protected Area is today one of the biggest attractions in the country, and for good reason. Wadi Rum’s impressive array of both natural and cultural features led to it being designated as a UNESCO World Heritage Site in 2011 and a must-see site for travelers in the region.

Wadi Rum is best known for its iconic geological features. Most visitors to Wadi Rum are awed by the size of the sandstone cliffs and the width of the valleys, known as wadis. The landforms in the desert are incredibly diverse ranging from large sand dunes to steep, colorful cliffs, to narrow canyons, to enormous honeycomb weathering patterns. Throughout the day, Wadi Rum changes its looks as the sun accentuates different colors and features.

People have been passing through Wadi Rum for millennia and it is still possible to observe some of what they left behind. Ancient inscriptions and petroglyphs can be found throughout the Protected Area dating back more than 12,000 years. You can also stop by many water catchment systems which people relied upon to survive in this harsh environment for thousands of years.

Today, most Bedouin people live in the Rum Village however some remain out in the desert, committed to keeping to the traditional way of life.

06-lawrence-of-arabiaAlthough many different groups of people have passed through Wadi Rum, the most well-known person today may be T.E. Lawrence, better known as “Lawrence of Arabia.” Lawrence often wrote of Wadi Rum in his writings about his time here during the Arab Revolt in the early twentieth century. Wadi Rum’s immense landscapes became well known to the world following the 1962 film, ‘Lawrence of Arabia’ which was shot in Wadi Rum. Due to its landscapes, Hollywood films continue to be filmed in Wadi Rum to this day including “The Martian,” filmed here in 2015.

Today, Wadi Rum offers tourists a variety of phenomenal and diverse ways to explore the desert. The size of the desert leads to many visitors electing to explore the area in a jeep, moving easily from site to site. Other guests prefer to experience Wadi Rum on camelback which, prior to the invention of motorized vehicles, was the preferred means of getting around the desert for thousands of years.

Active travelers often seek out many of the fantastic hiking, scrambling, and climbing opportunities presented by Wadi Rum’s sandstone and granite mountains. Finally, a trip to Wadi Rum is not complete without spending a night in a desert camp. The clear desert skies accompanied by the near complete silence always leave a long-lasting impression on our guests.

HOW TO GET TO WADI RUM

The area has been used as a background setting in a number of films:

Book now
© 2018 Desert Guide Camp. All Rights Reserved.
Developed By: iCpanel.
Back To Top
×
× How can I help you?